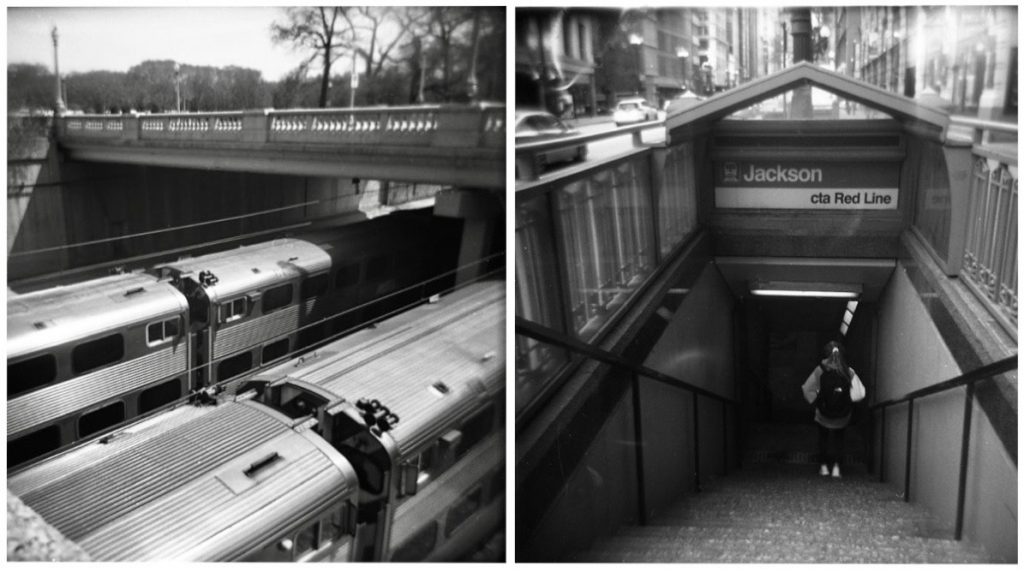 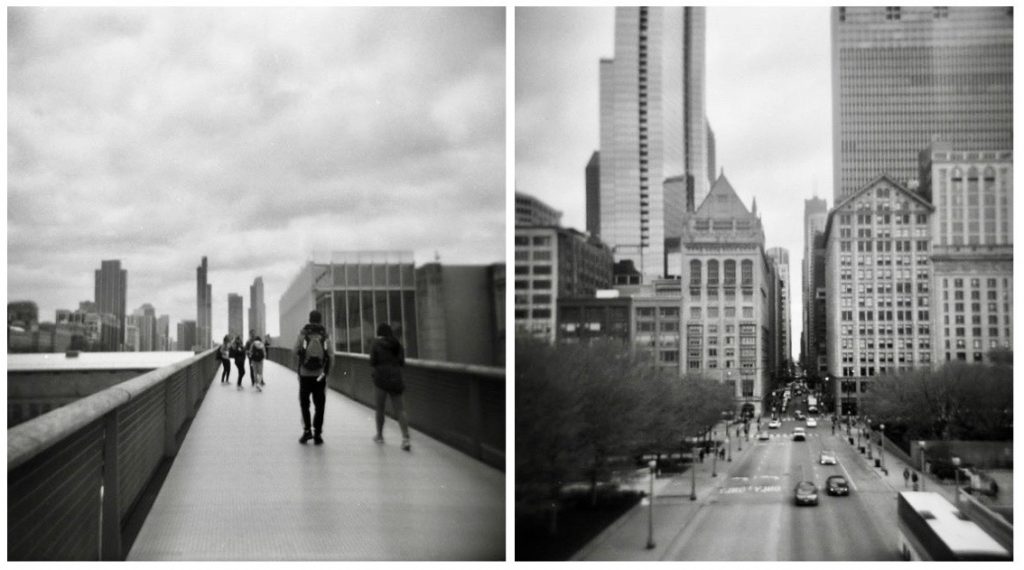 These photos of downtown Chicago were shot last spring on 120 film with a medium format Holga camera. Despite the growing appeal of attaining quick, edited perfection through digital photography—especially in this increasingly technological age—I’ve always had a preference for film. I find that analog photography fosters a sense of authenticity that is easily lost when working digitally. Every photo shot on film, characterized by its own light leaks, vignette, and natural grain, is entirely inimitable.

Emily Lu is currently a junior at New Trier High School. Her work has previously appeared in BALLOONS Literary Journal, Paper Swans Press, and Rare Byrd Review, among others.