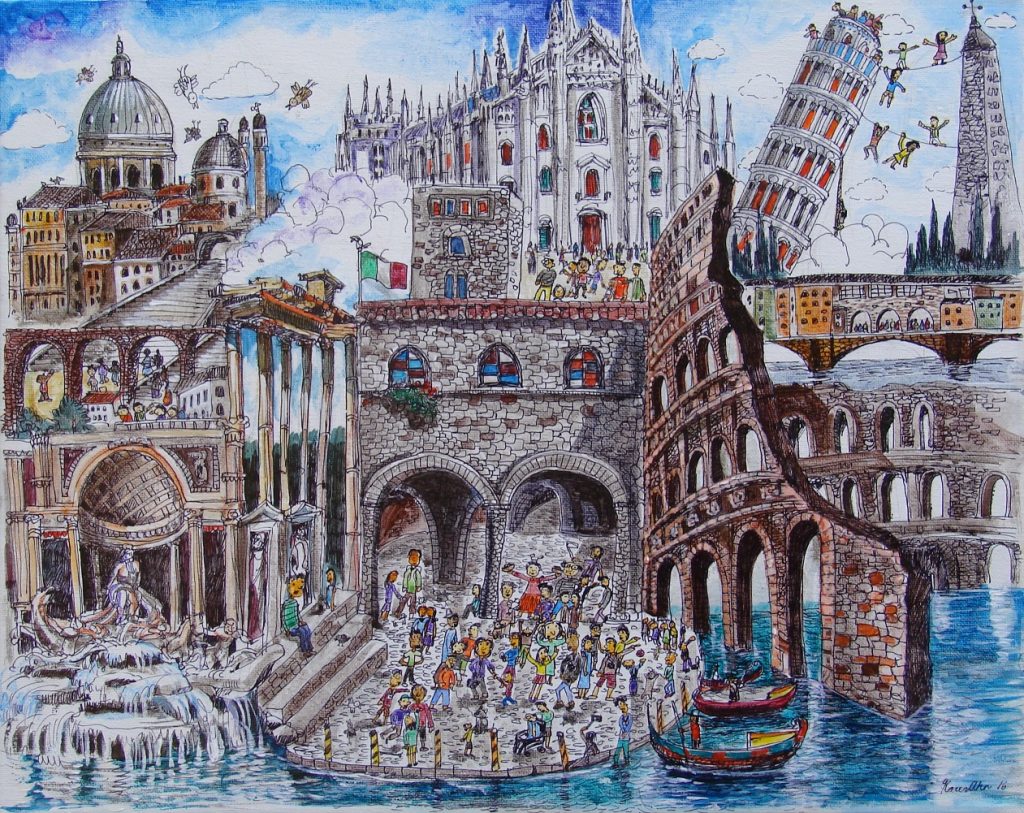 A fan of graphic novels such as Fun Home and cartoons such as “Calvin and Hobbes” since I was a child, I have been heavily influenced by cartooning and collage, which I have integrated into my own style of illustration. I also aim to incorporate narrative within my illustrations. In my studies in art history, I have been deeply inspired by Friedensreich Hundertwasser, Umberto Boccioni’s later works, MC Escher, and Eduardo Paolozzi and am also pursuing independent research on queer Italian performance art after having spent a year abroad in Viterbo, Italy.

Our lives are saturated with visual stimulation, and overabundance typifies much of the developed world. Nonetheless, crises and conflicts in climate change, technology, religion and overpopulation threaten imminent catastrophe for our world. My work is invested in portraying the often overwhelming, yet minute, stimuli of lives increasingly mediated by virtual reality and smartphone interfaces, contrasted by themes of unity, acceptance and peace weaving through the work. (Karen Ahn)

Karen Ahn is a senior at The Hotchkiss School. Since she was six years old, Karen has been drawing on all kinds of surfaces. Her inspiration for art comes from cartooning and collage, which she has integrated into her own style of narrative illustration. When she’s not sketching, Karen is most likely reading Italian fiction or working on her school publication, Spectrum.