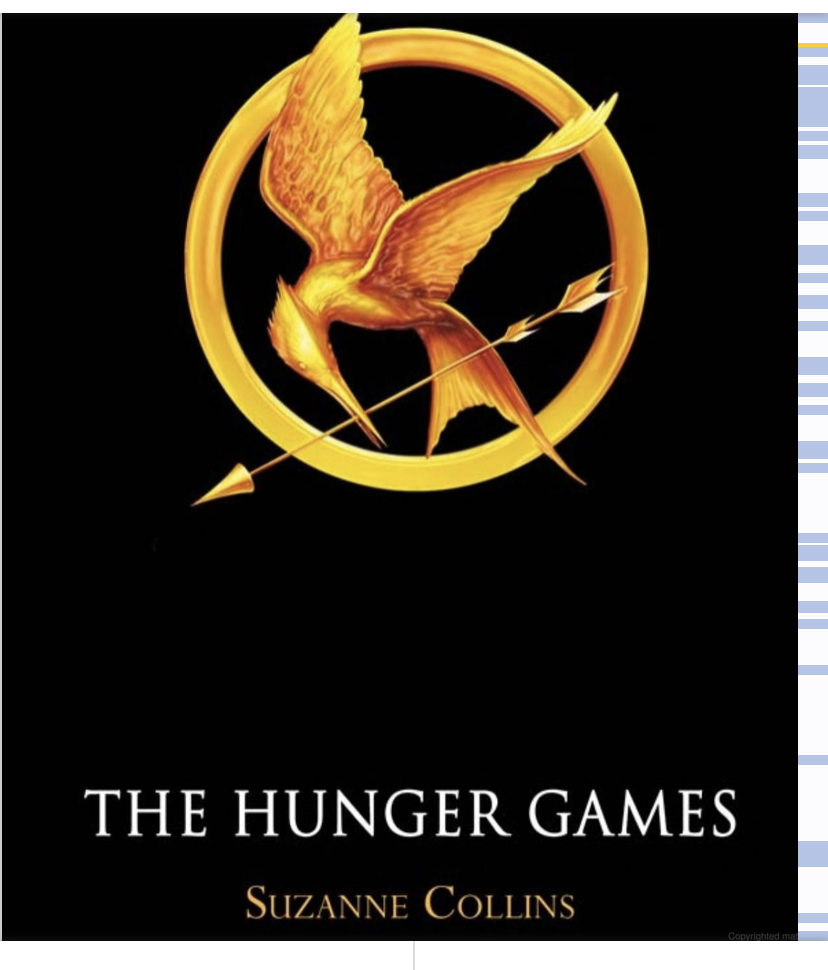 Imagine your sister is chosen for a death match. You save her by making yourself a volunteer for her. This is Hunger Games by Suzanne Collins. The story is about a sixteen-year-old girl named Katniss Everdeen who saves her sister. She steps up for her as a tribute and will fight for her, even though she knows it’s tough.

The themes of this story are friendship, family, freedom versus enslavement, and materialism. Friendship and familial bonds are figured as a form of resistance, and Katniss’ friendships with Gale, Peeta, Cinna, Haymitch, and Rue help her survive the Hunger Games, even though she is going to miss every single one of them when she’s fighting and starving to death.

Although Collins has a lot of characters in the book, the changes throughout the book are different between characters. Katniss is a lot tougher and is a lot more brave, Peeta is also stronger and braver but he also gains trust in people, and Gale is scared and he just wants Katniss to live,— but he’s brave trusting she won’t die.

Some themes in the book are never giving up on family and friends— even if you just want to die because you’re in so much pain. Keep on living and try as hard as you can to succeed and see them after all is done, and hug every single one of them, and when you do you’re so happy

Hunger Games does have a sequel as well; the other books are Catching Fire which is the second book, and Mocking Jay is the third. The fourth that’s an add-on and is a prequel to the others is The Ballad of Songbirds and Snakes.

I loved this book and the idea that we should never give up on family and our friends. So the next time you’re in your local library or the one closest one to you, pick up Hunger Games by Suzanne Collins.

Michael McLaughlin is fourteen years old and going into eighth grade at St. Patrick’s School in Rolla Missouri. His favorite genre of food is seafood.  He loves to watch or play baseball,  and since he’s from Missouri his favorite team is the STL Cardinals.  In Michael’s words; “A cool thing about me is that I’m actually adopted, and I’ve been adopted for about eight years now and it gave me the chance to be writing this auto-biography and I’m so grateful for what this family has done for me.”