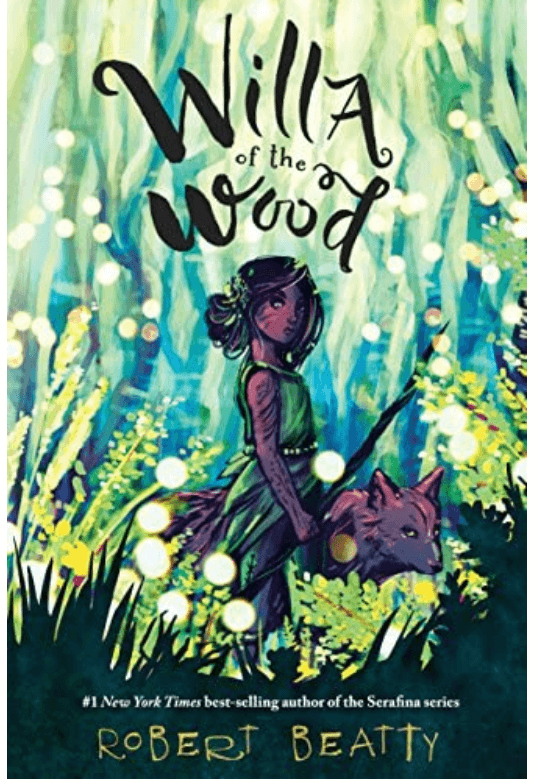 Robert Beatty fans will not be disappointed in his new novel Willa of the Wood. He sticks to his themes about the importance of having family and friends as he writes about Willa, who has neither.

Willa finds herself alone with a clan that doesn’t care about her and humans who try to kill her, but just when she feels the most alone, the forest helps Willa, and she ponders one kindness that contradicts everything she’s learned. All the events steadily build to the climax where choices are harder than ever, and Willa has to decide if she should do what’s right even if it will hurt her in the process.

Beatty’s writing is rich with sensory details about the Great Smoky Mountains, Willa’s home, with its gigantic mountains, flowing rivers, still lakes, and lush forests. Beatty also compares nature to people and man-made tools, like when he writes that people are alike to wolves because they both hunt and kill what they need to survive. Willa also idolized the wolves because of the way they work together. She longs to be part of their pack and hunt alongside the wolves.

There are many secondary characters who shape Willa’s life. Willa learned the most from her grandmother who taught her the old ways of their people and how to use her powers in good ways. The leader of Willa’s clan, the padaran, taught Willa a lot, too. Most of his teachings were wrong, but they influenced Willa’s decisions since she trusts him.

The plausible dialogue between Willa and those characters shows Willa’s age and curiosity as she asks many questions and wonders about her place in the world around her.

Beatty writes about so many themes as Willa wanders the woods, but the most important one is about having a family and friends to guide you and support your decisions. Each time reading Willa of the Wood reveals more of Beatty’s themes.

Beatty’s usual magic is included which means Willa of the Wood is a fantasy book. Much like the Serafina series Beatty wrote, myths become reality, and Willa has some magic of her own.

The beautiful scenery mixed with brilliant themes make this novel one of the best. Lovers of the Serafina series will appreciate and enjoy Willa of the Wood because of the main characters’ many similarities, like their love of nature and forests and their longing for adventure. Serafina even makes an appearance in the novel, so if you like Serafina or if you want to disappear into a twelve-year-old girl’s mind with the beautiful scenery of the Great Smoky Mountains, then read Willa of the Wood.

Julia is a high school student in Missouri, — and wrote this book review while in Mrs. Meusch’s English class at St. Patrick School. She enjoys reading fiction and writing about the nature in her backyard.