I was inspired by multiple surrealist painters to portray environmentalist issues. The person on the left represents the physical affects of oil spills on living organisms. The person on the right represents the destruction of the planet by careless and ignorant business and corporations (hence the business suit). I usually like to keep my paintings by themselves without a description so that the viewer has time to feel and respond with their own opinions. But I’m happy to share—

Selah Dungey is a senior at Newark Academy. She has been immersed in art classes since freshman year, and enjoys using symbolism in order to create narratives. Paradise, was painted to be part of an IB Visual Art Exhibit and is pivotal for how Selah has changed her style, and how she tells stories through art. It is meant to be confrontational and force viewers to realize the physical effects of pollution.

In this artwork, I wanted to reveal the implications of dictatorship: how violence gets censored. Inspired by the Gwangju Uprising that happened in South Korea on May 18, 1980, which could be called the older brother of the 1989 Tiananmen Square Massacre, and the 2021 Myanmar Crackdowns. Even though this event should have made headlines around the world like the latter two, it was covered up by the authoritarian regime. People who grew up in South Korea in the 1980s, even my own mother and father, would not learn the full truth, such as the brutal beatings and shootings, until the late 1980s when the authoritarian regime was finally toppled. One noticeable feature that incorporated into this artwork would be the number of squares occupying certain areas. I purposely used solid colored squares over my graphic art since I wanted to portray the message that such an event was “covered” up by the dictatorship. The medium of this artwork would be acrylic paint.

The motive behind my painting was to portray the true horrors and oppression the Korean people faced in the 1980s when the country was run by an authoritarian regime, which is similar to the oppression conflict in Myanmar today. Even though Korea had prevailed and became a fully democratic nation, I wanted to make an impact with my drawing by showing the difficulty and struggle in order to achieve this freedom. For this specific painting, I incorporated a half black and white effect to the colored picture in order to portray the message that these were gloomy times when the future of the country was bleak and uncertain. The medium of this artwork would be acrylic paint, in which I constantly mixed a bit of grey with the original colors to portray this ½ black and white mood.

Ethan Choi is an emerging political artist based in Seoul. Ethan is interested in communicating the voice of the oppressed, the silenced, and the marginalized. He wants to use art to cast light on those who are systematically dismissed and neglected. Ethan‘s work has been published in many journals and exhibited in galleries. 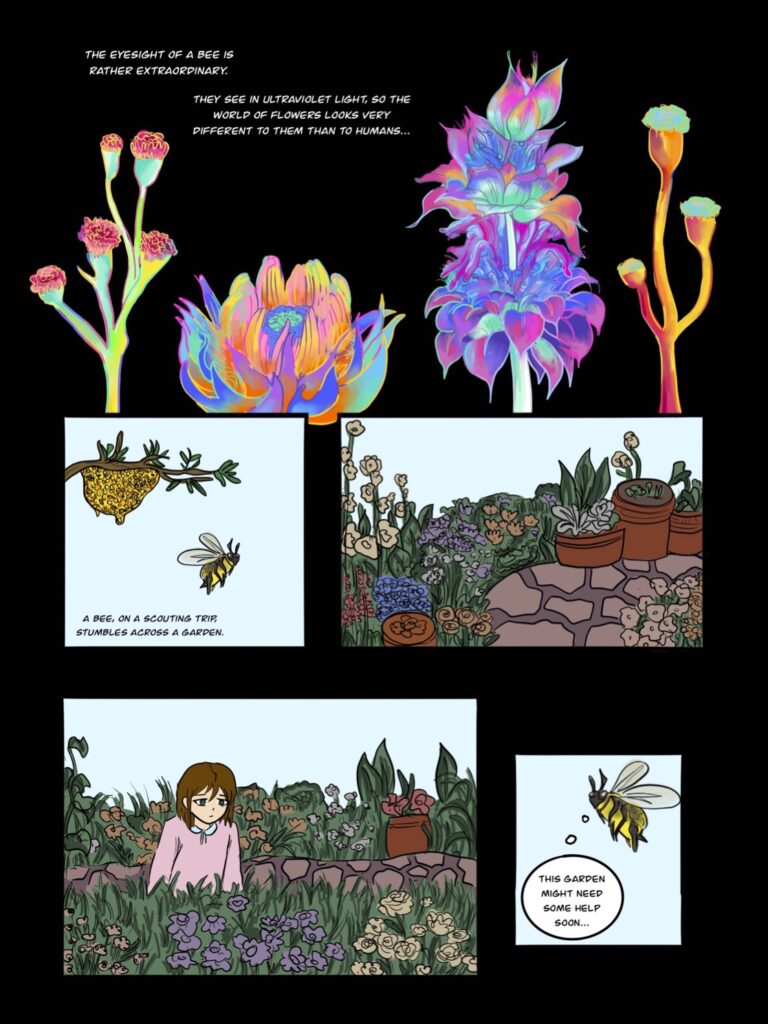 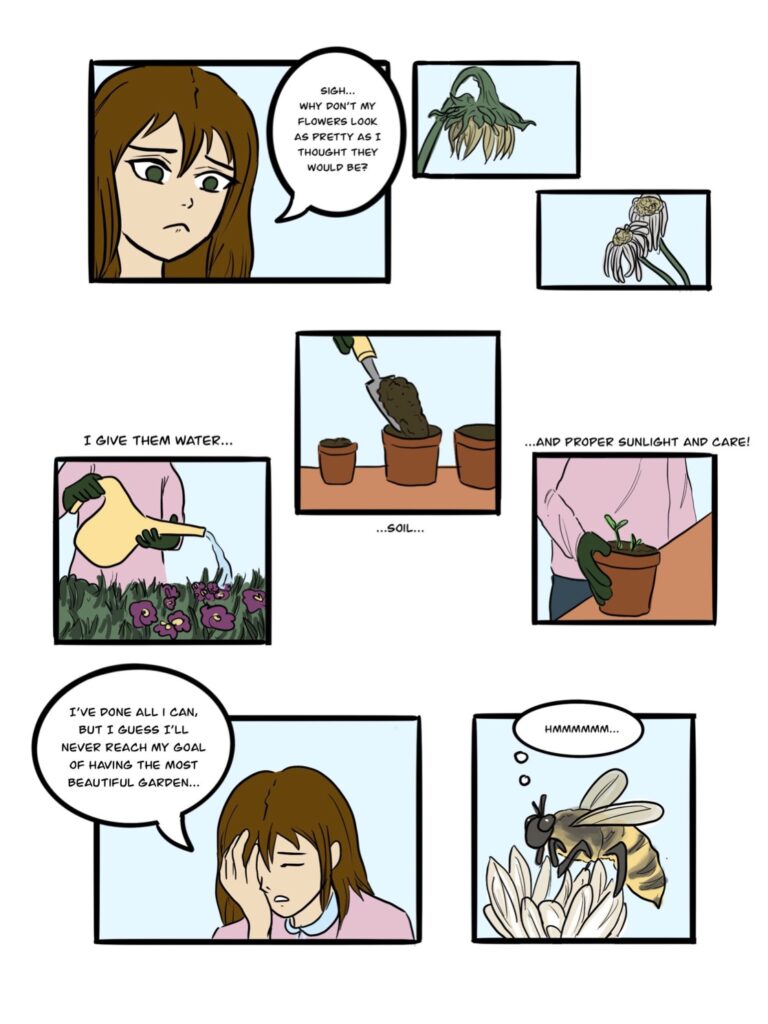 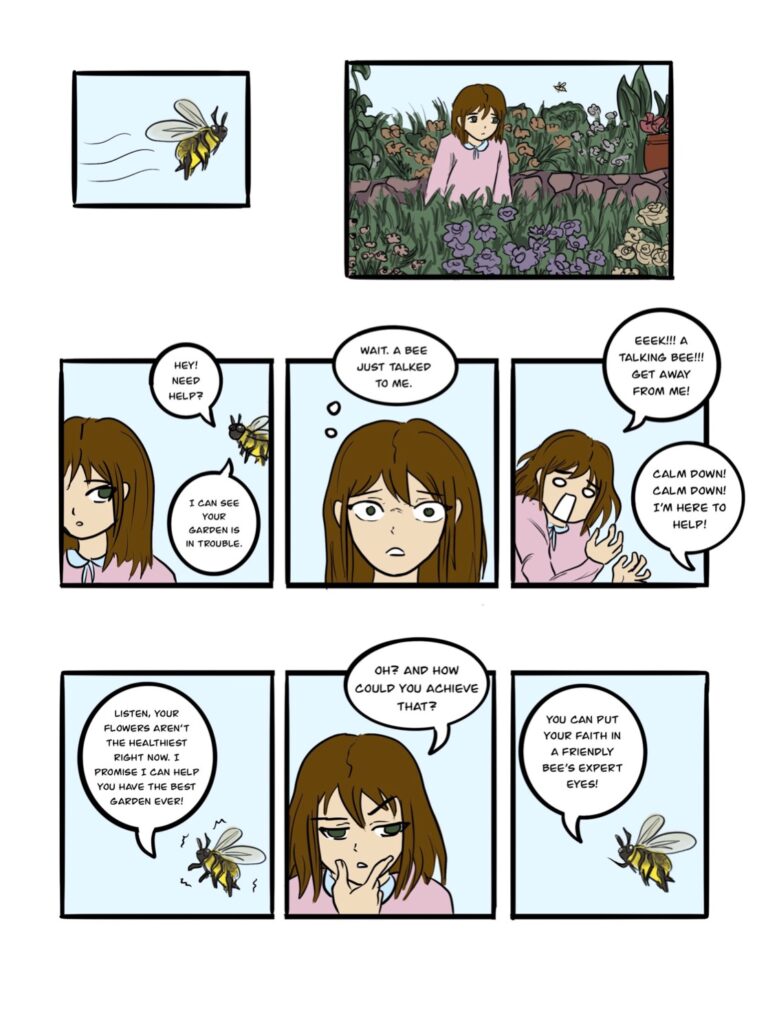 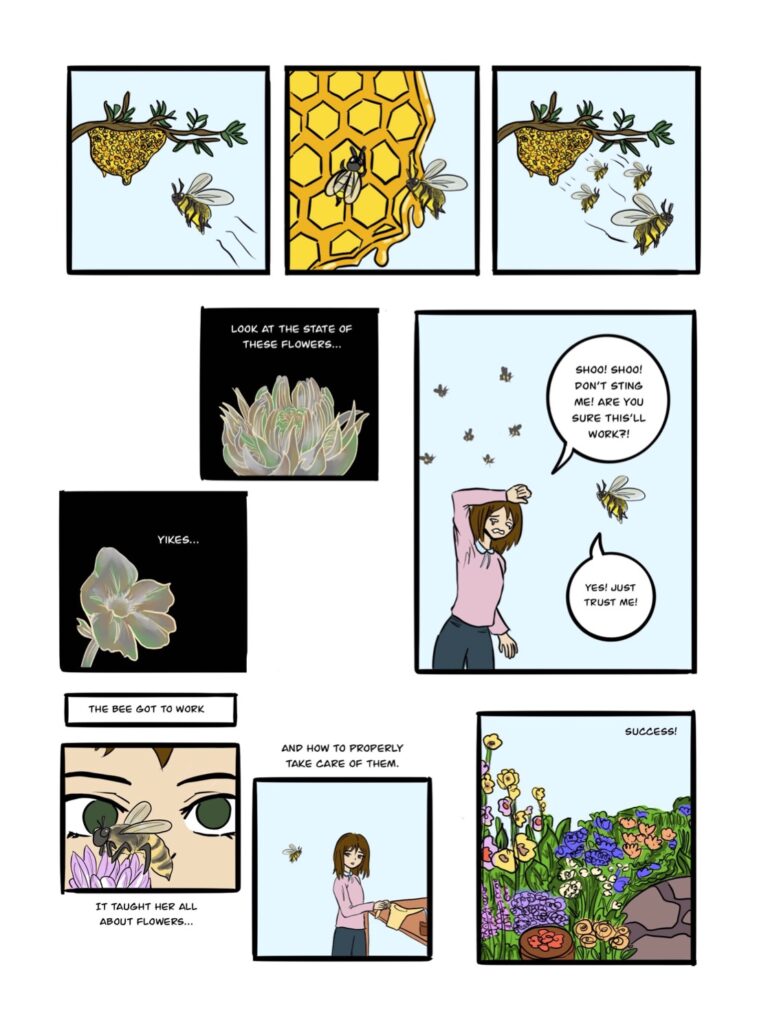 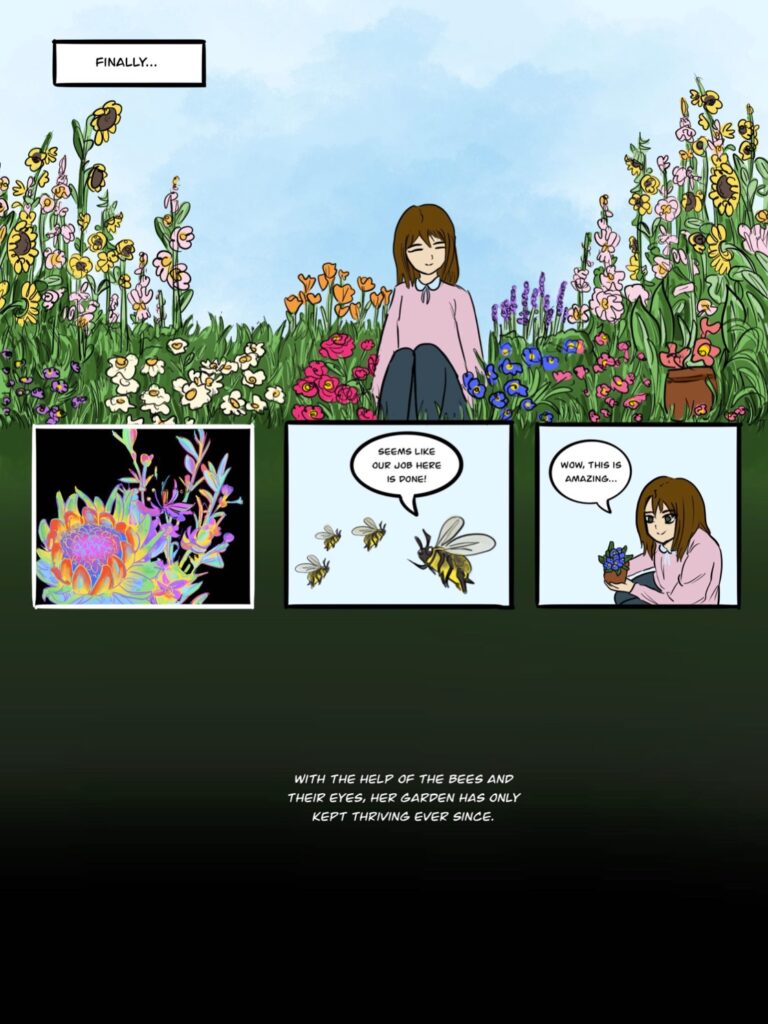 Alina Yuan is a senior at The Harker School in San Jose, California, where she serves as the Co-editor in Chief for Harker’s annual Eclectic Literature and Media magazine (HELM). She is also president of her school’s Writer’s Advocate club. Alina enjoys writing flash fiction and short stories, and drawing comics, and her work has been recognized by the Scholastic Art and Writing Awards. At home, Alina loves playing with her dog, a Shiba Inu, and collecting an eclectic array of stickers.

This image represents the way I pack whenever I go back to my high school campus from Korea. I tend to throw everything that seems personally significant to me into the mix, just like a writer spilling their imagination onto a page. My big travel trunk becomes a canvas and eventually, I start to organize the items as I make sense of my thoughts. I believe that all major turning points in life require a “draft” phase, like previewing a book to grasp its content. The start of your journey may seem disorganized and messy, but from this sense of chaos comes the greatest inspiration of all.

Jaeyeon Kim is a fine artist who works to claim spaces for the public to engage with art without difficulty. Her work often revolves around detailed paintings, installation art, and sculptures, which become a place for social engagement and visual communication.

Standing at the many crossroads of life, my decisions would add up, change my course, and alter the fabric of my being. Go straight, sail smoothly, and travel the more conventional yet ultimately uninspiring path. Step sideways, however, and journey across rugged terrain into unexpected storms and incredibly beautiful clearings. Although risky to a point and laden with obstacles, going the long way round has certainly opened my eyes and shaped me into the type of artist I am today.

Gissel Gomez is a seventeen-year-old Mexican American artist. She is the Editor-in-chief of her school’s literary magazine, and her artwork has been recognized by several publications. Beauty is her main inspiration and can only hope for people to stop and stare at her work.

I took this picture near the summit of Haleakala National Park this summer in Maui. I was walking with my family along a trail when we stopped and sat down. I framed the picture around my sister as she was looking at the view. I also used Adobe Lightroom to make the picture look more like a painting and emphasize the softer sides of the mountain.

Ryan Podnar is a seventeen-year-old student at North Allegheny Senior High School in Pittsburgh, Pennsylvania. He uses photography as a way to express himself and convey to others how he sees the world. He can be found walking in nature taking pictures and exploring new themes to write about.