This is not a poem

when I can’t find eloquent words to describe

that more blacks are incarcerated in America right now

than in apartheid South Africa

when beautiful words fail me and I can’t express

the worries of the deprived through the complexity of language

that our key policy makers and leading civil servants

have never had a job outside of politics

that sixty percent of Jews identify as atheists since the holocaust

when I can’t find crafty words to illustrate the fact

of most dangerous terrorists for more than half a century

massacres and genocides and partitions and conflicts

that when the ending is unsatisfactory

not many stick around to watch

some wax lyrical about the tragedy and the shock

about something tangible lost by something intangible

the joy of living lost in a bullet wound

chaos befallen on them who dared to utter a syllable

lest someone knows it was their fault

and I wish there was some metaphor

to lower you into this grief

but that is why this is not a poem

but it’s fair to say

the heart’s crafted to evermore persist

that sometimes it’s an act of bravery even to exist

that immigration isn’t a choice

that a person probably has more Muslim blood

than the people in the mosque they conspire to blast

never is survival available to all those who deserve it

and so it goes

how do I explain all this and still retain artistic worth?

the wanderers, the grievers- here they are doomed to roam

and humanity falls when tyrants are hailed

but how can one be falling, if flying feels the same?

how does man forgive himself

for all the things he did not become?

a refugee buried within suffering

for a war he cannot comprehend

but it’s all done now

hate courses through us

yet this hate is unaware

of the humanity she births into us

we are made of all the things that break us

just to keep us alive

maybe I should’ve just said that, but I didn’t

this is not a poem

of things that seem out of place in today’s world

Aarushi Bhardwaj is a school student from India and has been previously published in Teen Ink Magazine and The Hindustan Times.

I rub the neon rind

Of the juicy clementine,

A fragrant sun I cradle in my palm.

It croons of life so sweet,

And it’s mighty nice to eat,

That thick-skinned ball from California’s groves.

It’s coated with a shine

Of chemicals that rhyme

With names of third-world countries I can’t say.

(If no substances have leached)

Into the soil where this gem was grown.

See—the crop must have been good,

For they all look as they should,

And since we’ve cloned a sheep,

(To match the people that we feed)

It’s no trouble to clone a few small fruits.

Why, in only a short time

Instead of me in line,

My double will be buying this instead.

Caitlin is an English major at Grove City College who has too many half-filled journals lying around. When she’s not writing, she can be found eating pizza, watching Seinfeld, or listening to music.

captain of a childhood tub

that wishes it were a skiff.

on a shore just strange

enough to do. Kneeling in foreign muck,

in terza rima to keep rain out. Hard

Each door a creaky metaphor from cupboards

will waft from the beanstalk

And in the garden, silk-

Lydia Friedman is a nineteen-year-old time traveler who once went on a blind date with a marble statue in Vienna. She lives in New England and can be reached by howling into the void, or at www.crookedbutinteresting.wordpress.com.

Consecrate me with dead leaves,

weave me a crown of cobwebs,

today is my birthday.

Tonight I am king of the forest.

My scepter is the limb of an old oak;

my ministers are poison mushrooms.

I will make war with the moon.

My coat of arms is a chrysanthemum,

the proudest of flowers.

Tonight I will unlace my harlequin’s mask

and make wishes on cattails instead of candles.

Lydia Friedman is a nineteen-year-old time traveler who once went on a blind date with a marble statue in Vienna. She lives in New England and can be reached by howling into the void, or at www.crookedbutinteresting.wordpress.com.

Sew the sun into your chest

And pull it out

When the sky is napalm

Remember where you came from, young gypsy girl

Trace a map with your finger in the sand

And fill your pockets with granules of a past, eroded down

Plant a seed in your mind

With the dirt on top your father’s tapered back

And water from your mother’s swollen eyes

Plant your roots in a new place

Sophia Bouzid is a Muslim-American writer of Algerian and German descent. She writes poetry for her school’s literary magazine and the Bay Area Poetry Coalition. When she isn’t writing, she is probably at a show rehearsal. She also enjoys searching for unconventional objects to plant flowers in. 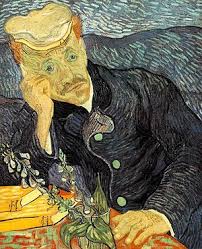 ventures from the concerned brow.

For the painter to paint? The pedestrians

pattered by, those Parisians

with prim shoes and prim shadows, and still

considering your considerer as he condensed

of ochre and oxidized bronze.

buttons down your front;

eyes in your head.

at least you’ve been noticed, yellows and seasick greens, in a

canvas the same cotton as your coat.

Nathalie M. is a rising sophomore at Lakeside Upper School in Seattle, Washington. She loves living in the Pacific Northwest, where she enjoys getting out onto its beautiful lakes. Nathalie is an avid reader and has enjoyed writing for several years now.